Paella Parade: A review for Gozamos 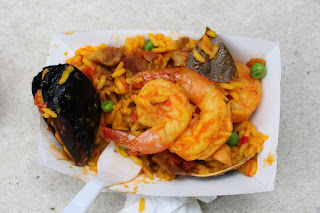 It didn't take much to talk me into attending the Paella Parade. All you can eat paella and all you can drink wine? Even the rainy, thunder and lightning weather didn't slow me down as I ran, not walked, there.

Hosted by El Cota de Rioja, seven local chefs mixed, grilled and vied for the 'Best Paella' in Chicago honors. The paellas are made in pans so large they need to be lifted by two people.

This event attracted beautiful Spanish speaking men and women who were all happy to share their thoughts on what a classic paella should be. Perhaps one of the reasons I found this event interesting and attainable beyond the great food is that it wasn't overly crowded. Only once did we actually wait in line and that was for our 9th serving of paella; truth be told I didn't really need that 9th scoop... but I wanted it. 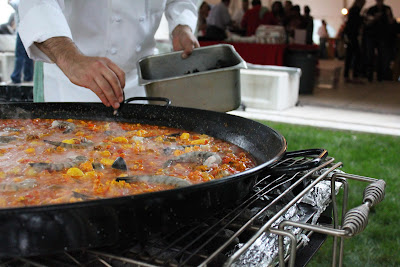 The event was put on by Frederick, Wildman and Sons, LTD,  importers of fine wine. Partial proceeds from the event were donated to Action Against Hunger, an international humanitarian organization committed to ending world hunger.

A plethora of unlimited tastings and wine while supporting a great cause and a grab bag on the way out - the Paella Parade is worth the entrance fee!


Below is my collective groups' assessment of the various Paella's on Parade. Note: we liked them all on some level, but that wouldn't be very intriguing to read about.


Emilio - Best classic Spanish paella loaded with large prawns and enough saffron to color our fingers. It was a perfect paella, the only fault was the missing bottom crust. Won for overall best paella. 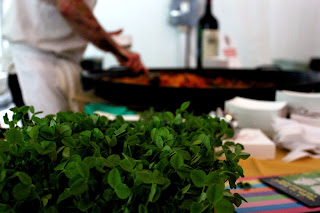 Province - Hands down the best crust, this was served with a little dollop of garlic aioli. If that aioli was more flavorful and the garlic had shone through , this might have won billing as our our top spot.

Socca - A good paella that offered the the best spice level.


Carnival - Aspects of the paella were great, we loved the pea shoot toppings and the pork belly chorizo sausage was outstanding, albiet hard to find in each serving. The overall dish lacked enough flavor to rise it to the top. 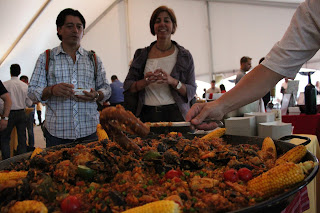 Tapas Gitana - The idea and look of this paella unfortunately offered more than the flavor; this paella was completely boring. Even the 'spicy sausage' left our palettes untouched and underwhelmed.


Four Corners- Turkey Confit Paella with Black Truffles - this version of paella could best be described as a really amazing Midwest casserole. While chefs often pull out the truffles to give their dishes that rich finishing touch, truffles had no business being on this paella.

Whole Foods -  We missed the fillings in this mushy and boring version. It reminded us of a side of rice rather than a paella. 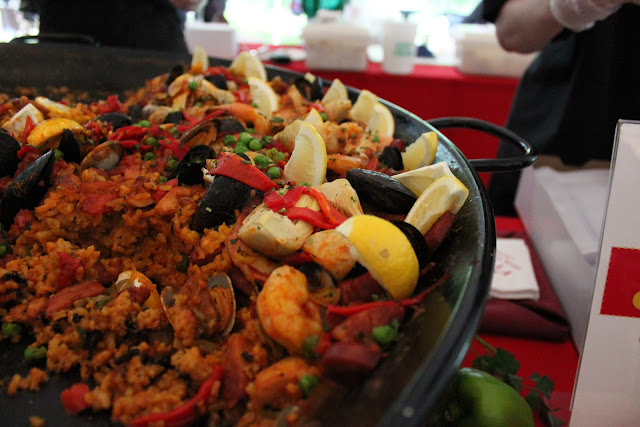