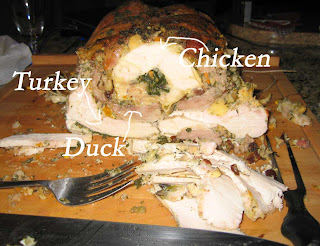 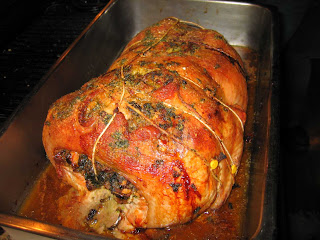 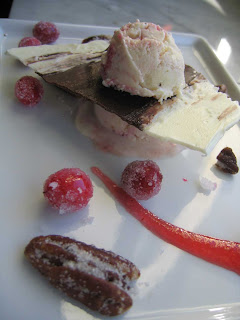 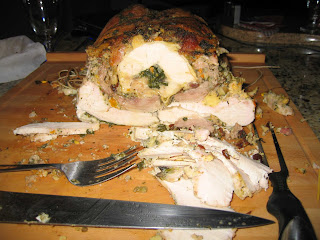 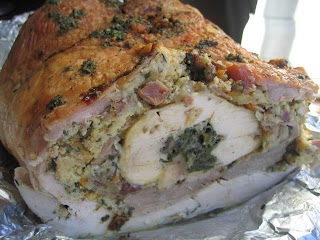 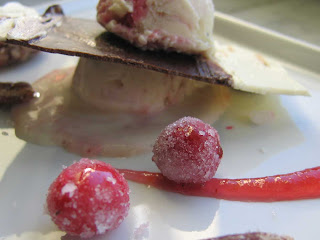 If you haven't read Turducken - A Thanksgiving Story, and Turducken - Part Deux, you might want to start there first.


No time update the story today, but I did want to get some of the photos uploaded. Take a look- enjoy, and come back the the rest of the story!

I will tell you everything was fabulous!

I'm back to finally do a little updating on this process. First I need to send out props to my dad. The weekend prior to 'the event', Dad gave me lessons on how to debone the birds. It was pretty funny- a bunch of the nieces and nephews were watching this process. We each had our chicken on a cutting board in front of us and the kids were on the other side of the counter. They were a good audience (all between 4 and 8), oohing and aahing, and shrieking all when appropriate. How funny did they think they were, when at the end they announced that mine did not like Dads did! I'm not even sure what they were talking about! Crazy, silly kids talkin' nonsence! 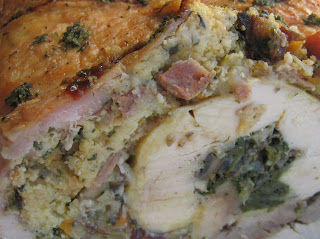 Based on all the research I did; I had planned on cooking this meaty breasted beast for about 10 hours. My oven cooks slow- so I bumped up the temperature to 250, instead of 190. We had just returned from the airport (picking up Aaron and Alina), and the bird was done! In fact, I could have taken it out half an our early. So 6 1/2 to 7 hours is all it took. It is important to drain the fat out once in a while during the cooking process so the bottom of the turkey doesn't fry! And you need to let that puppy rest for about an hour before cutting into it too.

The various stuffings really made a difference! The flavors all melded well together as well as stood on their own. The left overs were as good as the entire experience! 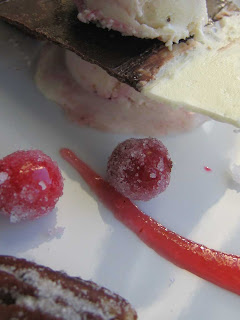