How to get Cubs Tickets 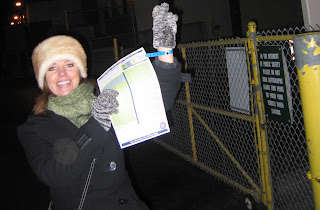 As the old adage goes, when in Rome, do as the Roman's do. What does that really mean? Go see the Colliseum? Eat dinner late? Have your salad last? Walk your ass off? Okay, sure, but what if you're in Chicago? What do Chicagoans do? Eat a salad on your hot dog, eat deep dish pizza, visit Buddy Guy's Legands, walk along the 'Mag Mile' (Michigan Avenue), go to the top of the Sear's Tower or if you're a local - get a drink at the top of the John Hancock and watch the Cubbies...preferably from the Bleachers! This last one is something everyone should experience; but can be easier said than done for the simple reason that tickets are real hard to come by. Well, they are easy if your willing to pay the price. So here are your options: you can buy from a scalper on the street, you can buy from a scalper online, you can hope against all hope to have a friend who just happens to have an extra ticket, you can try to win the lottery or you can be one of the thousands who play the wristband lottery.

Years ago, die hard fans camped out days before single game tickets went on sale. They braved snow and freezing temperatures just for a chance to get a ticket to a general seating area that is comprised of hard core partier's and women in bikinis. No, this is not baseball as you know it and it's not the family section. It's almost hard to imagine that these tickets are among the most expensive tickets you'll pay for at Wrigley; not face value, but who gets to pay face value? Just those lucky few who are within the first few hundred number 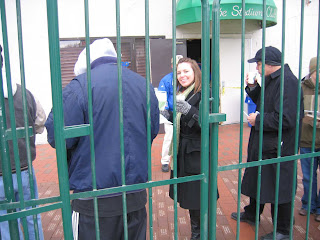 s of the wristband lottery.

How does it work? Wristbands are picked up on a Wednesday or Thursday night; each fan is required to show two forms of ID. The wristband is placed on your wrist by a worker, and cannot be removed, shared or sold. The idea behind this is to stop the scalpers from getting all the tickets! Let's continue through this process and see if that works. Wristbands are numbered from 1 to 20,000. The workers randomly pick a wristband out of a barrel and you are then recorded in a computer as the owner of that wristband number. This year, I received wristband nu 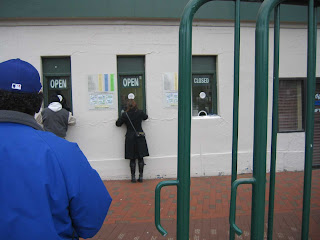 mber 4,474. Dave got wristband number 14,734. Think about this, it's great if a few of you can do this together, and cover more ground. Okay so what happens now? So, what happens is a number is chosen at 6 am on Friday morning. This number is the winning number, it's the first person who gets to buy tickets, then all numbers fall in line after that. This year the winning number was 00600. I'm 4,000th in line to buy Cubbies tickets. Could be worse, Dave is 14,000th! (last year we were only 1,000 out). Keep in mind that not all wristbands have been given out, ticket sales start at 8am and online ticket sales start at 10am. Even online is a random drawing; each online viewer is placed in a waiting room and individuals are selected randomly. Of course there are all kinds of other rules about how many tickets per game are allowed to buy, etc. Again, this is all in an effort to thwart the scalpers; does it work? What I will tell you is that last year within an hour of the first ticket being sold, scalpers were on the street already trying to sell the tickets they had managed to score. Huh. 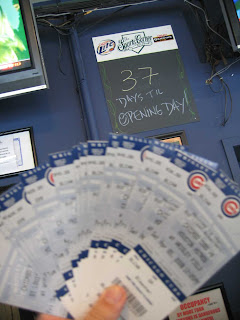 So, long story short, after drinking beer at a Murphy's Bleachers just to pass the time, I was finally able to enter inside the stadium (which no fans is allowed to do until opening day! It's like a little feel of spring!), after waiting in one line for about 15 minutes, we were escorted into a little room and basically padded down, then back to another line, then one more line after that. Dave and I have rules about no sharing, but when it comes to Cubs tickets, well, let's just say I was finally able to score what was left of the tickets. It's still a real cold process, you still stand in lines, you make some new friends and chances are you're not going to get all the tickets you wanted. It doesn't matter. Cuz there's only 37 days to opening day. Go to the nearest bar and count whatever lucky tickets you where able to get. Get your shorts ready, put your blue on and plan on drinking some Old Style with thousands of your new best friends. Now that you know what it takes to get these tickets, don't forget to start sucking up NOW to everyone you think has lines on Cubs tickets. Oh - and if you're that guy who holds up the sign that says "It's gonna happen" and blocks everyones view...this year it is gonna happen - I'm going to kick your ass. Just a forewarning. Go Cubbies and be fat and happy!
at 4:52 PM