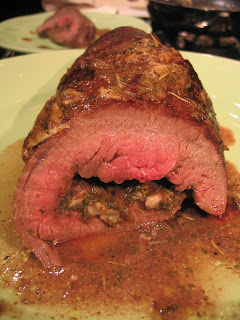 Festivas for the rest of us! The distinct honor of attending a Festivas party was bestowed on us two years running now. Attend a party where I get to air my grievances? And watch feats of strength which may involve midget tossing? Count me in!

The classic TV sitcom Seinfeld made the Festivas event an instant hit, not to mention forever classified as a cult classic festival. What I didn't know was that Festivas was actually based on a Roman festival called Saturnalia. Saturnalia became one of the most popular Roman festivals. It was marked by tomfoolery and reversal of social roles, in which slaves and masters ostensibly switched places. I can tell you there was plenty of tomfoolery at this Festivas party!

According to Seinfeld, the true Festivas dinner would be some sort of meatloaf of pasta with a red sauce. I opted for a classic flank steak stuffed with a white bean mix next to an avocado and grapefruit salad. What might be most important when dealing with a Festiva 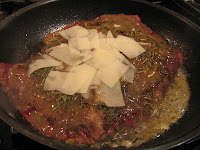 s party is not what to eat before, but what will help you next day! Look for some great 'day after' recipes coming soon. In the meantime, Happy Festivas.